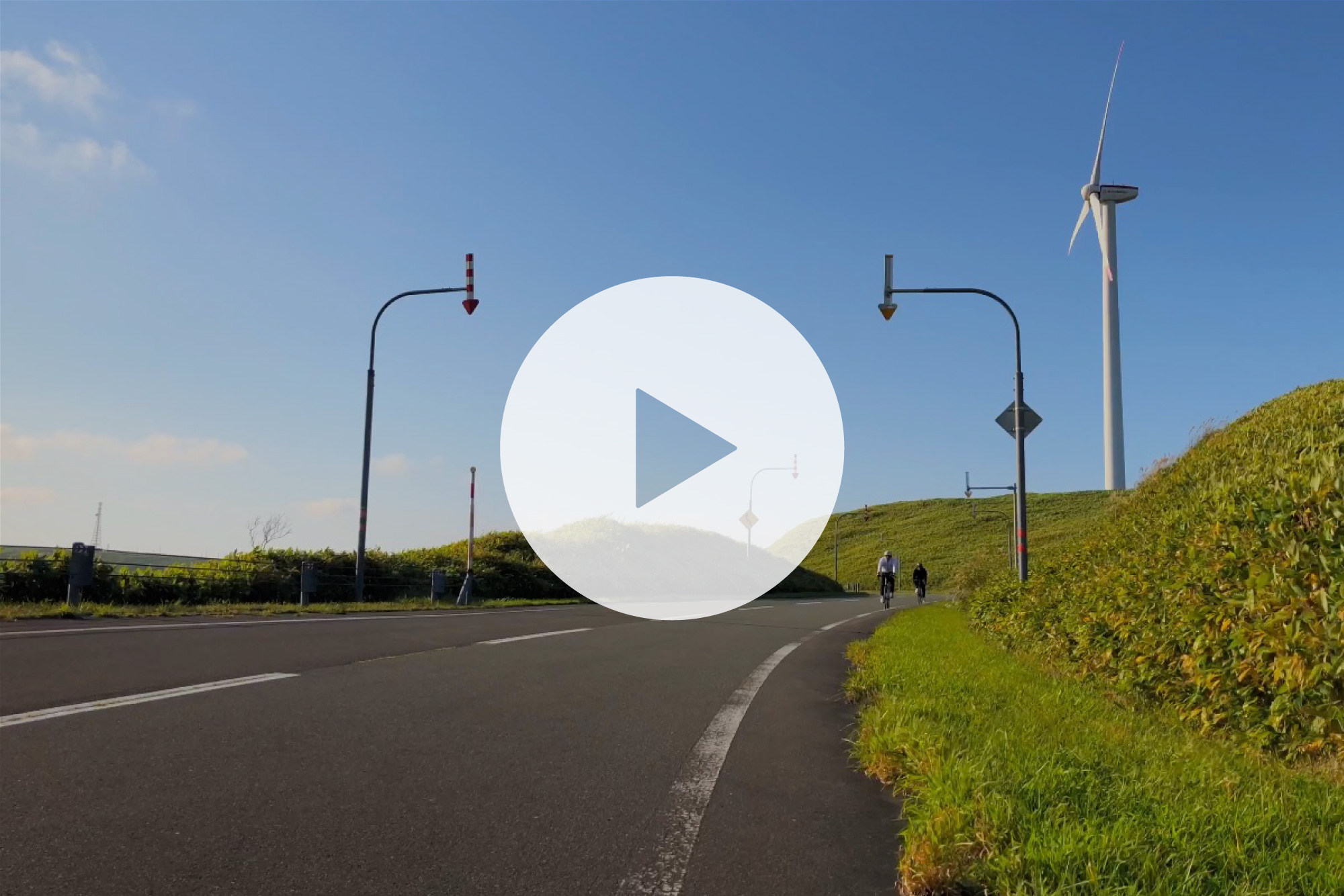 Soya Hills is a periglacial landform, a type of geographical feature characterized by their gently undulating terrain.
The terrain is said to have been formed by the repeated freezing and thawing of the soil and took its current form around the end of the Last Glacial Period between 20,000 and 10,000 years ago. Today, it is said that Soya Hills in Wakkanai is the best place to enjoy the beauty of the surrounding landscape. Thick forest covered the hills until around the middle of the Meiji era (1868-1912), but a series of wildfires resulted in the distinctive topography becoming clearly visible.
This periglacial landform was designated as a Hokkaido Heritage* site in 2004.
The Soya Hills also make a valuable contribution to the local area through the Cape Soya Farm, home to approximately 2,800 Soya Black Cattle (as of June 2020), and the Cape Soya Wind Farm, which makes use of the strong year-round winds of Wakkanai to produce energy from 57 wind turbines. Visitors to the area can also enjoy the magnificent scenery and nature along the footpath that runs through the Soya Hills. The final 3 km of the Soya Hills trail is the famous White Path, surfaced with ground scallop shells.
* Hokkaido Heritage is an initiative that designates important aspects of the natural, cultural, historical, and industrial heritage of the people of Hokkaido.