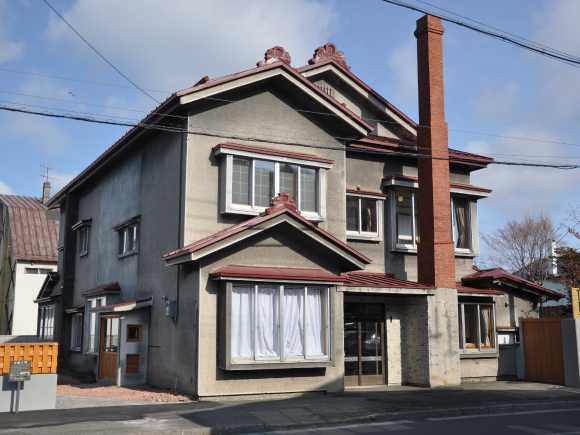 The Former Seto Family House was built in 1952 as the residence of Tsunezo Seto, who was part of Wakkanai’s booming trawl fishing industry. As a historically significant example of modern Japanese architecture that incorporates elements of both Japanese and western design, renovation work to ensure the property’s proper conservation and use was carried out in 2011. The house was then opened to the public in 2012 and was recognized as a Registered Tangible Cultural Property by the Japanese government the following year. The interior features recreations of banquets that would have been held when the family was in residence, information related to the fishing industry at that time and models of fishing trawlers. Taiho Koki, a sumo wrestler from Shisuka on Karafuto (now known as Poronaysk, Sakhalin Oblast) who rose to the rank of yokozuna, visited the residence in 1964 and his hand print and signature are on display. Tsunezo Seto (1909-1987) was a businessman who ran a trawling company along with various other enterprises and was a prominent member of Wakkanai society. He was also active in his promotion of friendship and goodwill with the people of Sakhalin, and was awarded an honorary citizenship by Wakkanai City in 1987. (Other sites related to Taiho Koki include the Monument to the Arrival of Taiho Koki and the Wakkanai Karafuto Museum.)