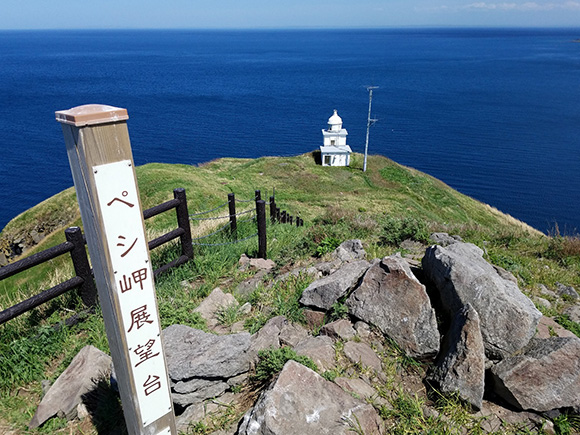 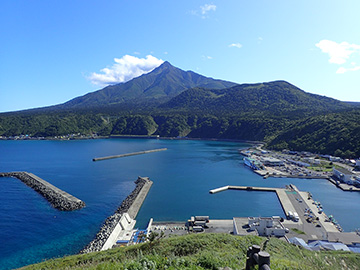 Cape Peshi takes its name from the Ainu language and means “big cliff”. The highest point is 93 m above the sea and can be reached in about 20 minutes. From there, visitors can enjoy an incredible 360° panoramic view that takes in Mount Rishiri, the town of Oshidomari at the base of the mountain and the deep blue sea that surrounds Rishiri Island. In addition to spectacular views, Cape Peshi offers a window into the history of Rishiri Island. The cape was originally adjoined to a smaller rock structure known as Mopeshi (“small cliff”). However, this rock was removed and used to create the North Breakwater Dome that now stands at Wakkanai Port. The graves of Aizu Clansmen are also located on the hillside of Cape Peshi and were relocated by the local Rotary Club in 2003. Oshidomari Lighthouse, the small lighthouse located on Cape Peshi, was selected to be part of the Lighthouse for Lovers project in 2019. This has seen renewed interest in the area as a tourist attraction.