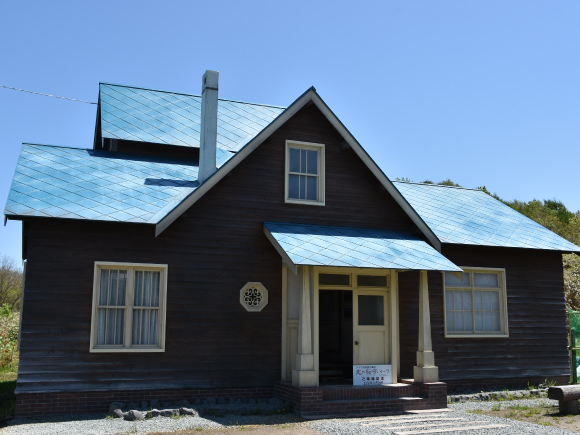 Kita no Sakuramori Park was featured in the March 2018 release Sakura Guardian in the North (Kita no Sakuramori) and was named by Japanese actress Sayuri Yoshinaga, who played a leading role in the movie. The Ezure family home featured in the opening scenes stands in the park and now displays materials relating to its production. Shooting took place at various locations around Wakkanai in June 2017, including Wakkanai Airport, Bakkai Station, the Former Seto Family House, the Koetoi coast and Soya Hills. The movie was produced in cooperation with Wakkanai City and around 500 local people appeared as extras alongside prominent Japanese actors such as Sayuri Yoshinaga, Hiroshi Abe and Masato Sakai. Kita no Sakuramori tells the story of a turbulent time in Hokkaido’s history through the struggles of a mother and son who survived through the end of the Pacific War on the island. The Ezure family home was constructed with reference to documents relating to Sakhalin, which was known as Karafuto during its time as Japanese territory, and material gathered by production staff on visits to former Japanese residences, public buildings and museums in Korasov (formerly known as Otomari), Yuzhno-Sakhalinsk (Toyohara), and Kholmsk (Maoka), in addition to historical buildings in Hokkaido.