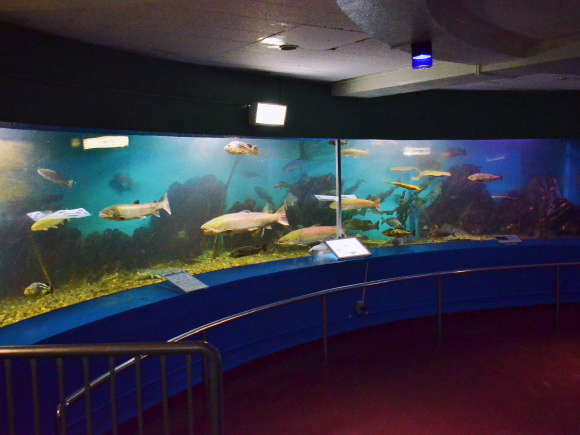 The round tank has a circumference of 45 meters and contains 90 tons of seawater. One of the species on display is Sakhalin taimen, a member of the salmonid family that is also known as the “phantom fish” and is said to be the largest species of freshwater fish in Japan.
Seeing this freshwater species in a saltwater tank together with other cold current species is one of the most remarkable aspects of Noshappu Aquarium.
In addition to Sakhalin taimen, the round tank is home to cold current species such as Okhotsk atka mackerel, Sebastes inermis, righteye flounders and even Bering wolffish, which is rarely seen swimming alongside other fish.