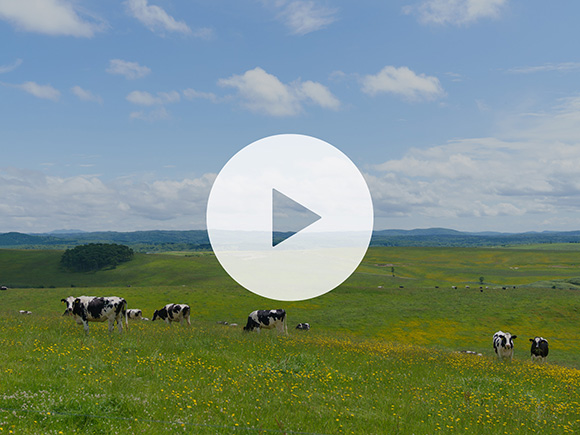 This hilly area is located 10 km to the east of central Toyotomi. It comprises an elongated, gently undulating plateau that runs from north to south, with more complex terrain featuring small swamps to the south. The slopes are generally gentle at less than 15 degrees, with the exception of some areas along the rivers. With a total area of 1,500 hectares (equivalent to about 320 Tokyo Domes), this is one of the largest ranches in Japan. Approximately 1,500 dairy cows can be seen grazing in the fields, creating the kind of scenery that can only be seen in a dairy-producing town. A monument to an imperial visit by Emperor Showa and his wife stands at the entrance to the ranch, which was also used as a shooting location for the NHK show Saka no Ue no Kumo (“Clouds Above the Slope”) between 2009 and 2011.