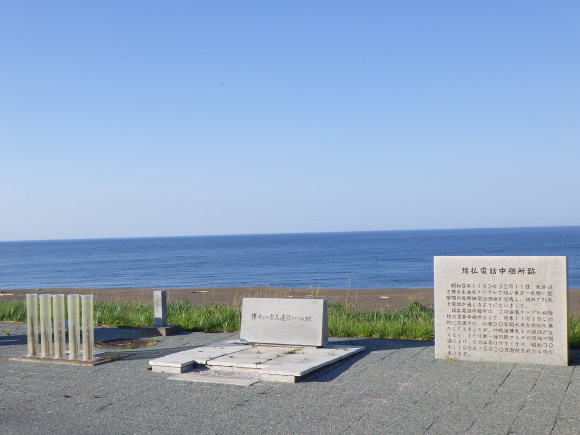 In 1934, a submarine communications cable was laid off the coast of Hamasarufutsu, to the south of the Sarufutsu Village. This enabled communication between Sapporo and Karafuto (now known as Sakhalin Oblast, Russia). As the landing point for this communication line, Hamasarufutsu continued to play an important strategic role until the end of the Pacific War. When Soviet troops moved into Maoka on Karafuto on August 20, 1945, nine women responsible for operating the switchboards at Maoka Post Office remained at their post to the last, ultimately taking their own lives. Their final messages were received at the Sarufutsu Telephone Repeater Station. A monument to the area’s role in maintaining communication was erected in 1974, and a memorial to the nine switchboard operators was constructed in 2006.