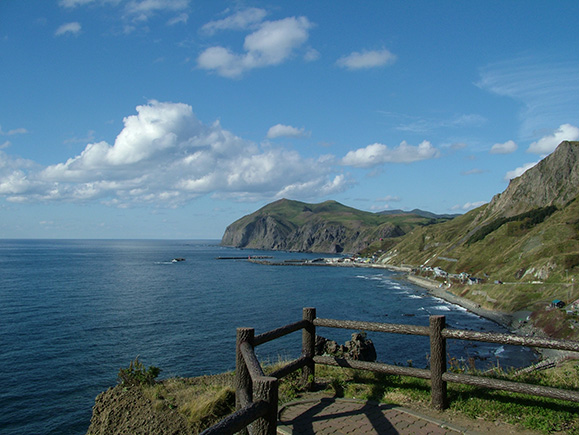 Momoiwa Rock is a 250 m high, 300 m wide rock made from magma that has solidified into a massive sphere-like shape. This form gives the rock its name, which literally translates as “Peach Rock”. Nekoiwa Rock is an offshore rock formation found near Momoiwa Rock. The name literally translates as “Cat Rock” and was chosen based on its shape, which is said to resemble a cat with a rounded back. The Momodai Nekodai Observatory opened in June 1991 and is a popular tourist attraction that offers a panoramic view of both Momoiwa Rock and Nekoiwa Rock.